Are you looking to build chat app using XMPP or Websockets?

Foremost you have two options to build your chat app using XMPP or Websockets Messaging Protocols.

The most appropriate one concerning time and money, is to go for a business-ready made chat solution like CONTUS MirrorFly APIs & SDKs. But, if you are keen enough to build something from scratch, then there are many factors you have to consider before making a decision.

The most integral one is choosing the right instant messaging protocol.

This post is meant to get you some clarity over this topic, where I have compared the two popular instant messaging protocols – XMPP and WebSockets in detail.

I believe that by the end of the article you would be able to decide whether to build chat app using XMPP or WebSocket.

Let’s start over with the basic knowledge about these WebSocket and XMPP protocols to have a better understanding.

What is XMPP and Websocket Messaging Protocol ?

XMPP is the Extensible Messaging and Presence Protocol. It’s the oldest and widely supported set of open technologies used for instant messaging, presence, multi-party video chat and voice call, and much more in the case of instant messaging platforms. This XMPP protocol transmits XML fragments between the server and client, a browser.

The WebSocket Protocol is a bidirectional, full-duplex modern instant messaging protocol. It allows a relentless channel that sends text and binary data in both directions. It is utilized in client server communication as a stateful protocol, wherein the connection between client and server will be kept alive until terminated by either client or server. WebSocket protocols are widely used in mobile apps.

Once done with the overview now let’s have a look at the differences between the two.

What do XMPP and Wesockets Protocols Exactly do in a Chat App, Let’s See!

When it comes to the role played by these protocols in any instant messaging, all is by providing the key features. To be brief, XMPP works as a set of application protocols in any real time chat app where later it has to be transported across the network for as you need a transport binding. Whereas in the case of WebSocket, you can not use them alone for chat, instead you can use these WebSockets without XMPP, this means that you have to build chat platform of your own with layer protocols that eventually saves time and excess of associated tasks.

However, you would have heard about the OSI model. Yes! An open system Interconnection model with a conceptual framework that describes the seven layers. Those same layers that a computer system utilizes to communicate over a network.

But do you know, where the framework is different for both the protocols, this specific part of the entire process is still very helpful in understanding the fact, as overall how each protocol communicates with the system.

Nowadays the modern internet is not based on OSI, instead is over the simpler TCP/IP model. But, these seven layers of OSI are widely in use when it comes to WebSocket or XMPP using chat app. This is because it helps to visualize and communicate – how networks operate, and also helps in isolating as well as troubleshooting the networking issues/problems.

Сan’t decide in the XMPP vs Websockets dilemma?
Talk To Expert

Importance of Seven Layer Architecture in A Chat App

When it is about both communication protocols – XMPP and WebSocket stack, it’s different in the OSI model. Over here, XMPP is an application layer protocol that confers about the structure and syntax of XML fragments, known as stanzas. These stanzas handle messages, contact lists, and presence information. But, to transfer these stanzas across, XMPP still depends on a transport protocol, like WebSocket connection, TCP/IP binding, or a HTTP/S.

If we have a look at WebSocket, it is an application layer protocol that’s just like XMPP. It requires a TCP/IP connection that acts as a thin transport or network layer. Anyhow, unlike XMPP, the WebSockets does not define the structure of the data it transports and even doesn’t provide messaging capabilities, contact lists, or presence information management.

That’s the reason why you need to wait to have stack protocols like XMPP, or WAMP on the top to provide these chat functionalities before planning on writing your own chat apps layer messaging protocol .

Let’s Explore the Strengths and Weaknesses : XMPP vs. WebSocket Technology!

As the above section has now given some clear understanding about the roles of these protocols, let’s move ahead with comparing both XMPP and WebSocket in terms of the features.

For any chat platform, security scales it’s worth it among others.

XMPP provides it in both identity and encryption. It allows the client to authenticate both the messages as well as the hosting server with a

SASL – This layer of security is used when the client and server establishes the connection for the first time. Once it’s been authorized the connection gets formed and the data whatever has been exchanged is encrypted via TLS. XMPP is found to be more secure with the togetherness of SASL and TLS. And if you think these in-built security measures are not enough then can go on with additional XMPP plugins and extend the core functionalities.

When it comes to WebSocket, it does not fulfill more of the security standards. Only available options with WebSockets are either WS or WSS. Among these two WSS is more secure as it transports over SSL or TLS.

As already discussed, each protocol works on the variety of layers of the OSI model. So, when it’s about WebSocket’s extensibility, it is on the transport layer and for XMPP, the extensibility works on the application layer.

WebSocket supports the integration of more than 40 additional protocols on its top – XMPP, WAMP, and MQTT.  You can also expand its functionalities with extensions that include data compression, etc.

But, with XMPP most of the developed extensions for XMPP provide additional functionalities to make XMPP suitable for particular applications like file sharing, online games, and VoIP.

Both the protocol handles data type in a different kind. XMPP simply permits you to send XML fragments whereas WebSocket allows you to send any text or binary data type like JSON.

XML is a text data type with which you can easily send the files as JSON, just as an XML file. Here, the binary data gets embedded in an XML fragment to bypass XMPP’s limitations. But you have to remember that here sending and handling binary data is much time consuming and also requires additional parsing.

When it’s about data type handling, WebSocket is the best. This is so as it is very much efficient in sending binary data covering all the use cases including images, video and audio.

Speed is one of the key factors that the real time chat apps can never be without. Of course, these real time messaging software is the future of any business and it’s the speed which talks about messages on-time speed delivery and grabs attention.

Now, with both XMPP and WebSocket – they are the real time chat protocols. Although, the transmission speed is different for both of them.

Being decentralized in nature, XMPP has to continuously authorize and authenticate the server and client – this by increasing the bandwidth usage while slowly decreasing the connection speed.

But WebSocket is considered to be more centralized in nature due to its determined connection between server and client. To reestablish the connection over here, every time when the data has been sent, it gives a large speed advantage to the WebSocket. Therefore, with transmission performance, it’s the WebSocket that has been proven to be the best.

Let’s Explore the Pros and Cons : XMPP vs. WebSocket Protocols

Pros and Cons of XMPP Technology

Pros and Cons of Websockets Technology

From the above listing of pros and cons of both XMPP and WebSocket, now it would have been very clear for you to make a decision whether to create chat application using WebSocket or XMPP.

However, the selection mostly depends on your demands as what are you mostly looking out for in an instant messaging protocol. Let’s see.

Before making any decision as to which one to pick, I think it’s better for you to have a look at your requirements to build your chat app for android

Choose XMPP Protocol, if your requirements are

Choose WebSocket Protocol, if your requirements are

To conclude the entire article, now it’s When you are planning to decide between XMPP and WebSocket to build chat app – you should not consider the issue with comparison as they both can be used together too .

Moreover, using the XMPP messaging and presence functionalities with WebSockets persistent connection can get you to build chat platform with – security, flexibility, and speed altogether for a better reach and experience.

Start your 21-Day Free trial to try out all our Chat features!

1. Is WebSocket really needed when XMPP is good at handling real time conversation. If so Why?

Of course, XMPP is good at handling real time conversation but with WebSocket, it is a two-way computer communication protocol, a modern one over a single TCP. Even the usage of WebSocket is good with handling high scale transfer among server and client wherein, the connection between them will be maintained alive until terminated by either one.

2. What are the Key Differences between WebSocket and XMPP?

When it is about the key differences between WebSocket and XMPP – XMPP uses a decentralized architecture and it uses a client-server model wherein, the client can not have direct communication with the server. With WebSocket, it relies on a centralized architecture. It establishes the socket connections between a server and a web browser that specifies a persistent connection among the client and server.

3. WebSocket vs. XMPP : What could be better for Chat App?

To build your chat app, whether to go for WebSocket or XMPP, all depends upon your app’s requirements – If you are looking for high-end security, built-in presence and chat functionalities with a wide ecosystem of plugins, then XMPP is the better choice. But, if you are looking for multiple data types, mostly binary data to open multiple connections per user with speed-up data transmission, then WebSocket could be the better choice

4. WebSocket or XMPP, Which could be the best technology to be used in any chatting application?

However, when it is about the best technology used for a chatting application – both the technologies are good enough in it’s own way and choosing the best one depends on your chat app requirement. If your app is about high-end security and chat functionality with plugins that suit the environment, then XMPP could be the better choice. But, on the other hand, if you are looking for several data types that too, binary data to have multiple connections per user with a high speed data transmission, then WebSocket is the better one to proceed with.

Parthiba
View More Posts
Parthiba is a Product Marketer, helping providers of the various industries like healthcare, education, etc., to elevate their conversation value with the help of powerful communication solutions to drive better communication experience. 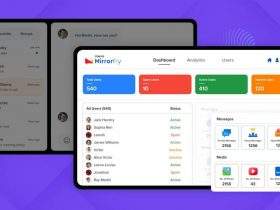 What is Chat Moderation & Why its Important for chat app? 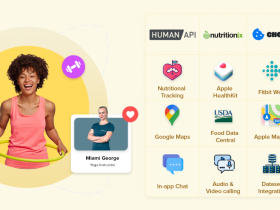