XMPP, an Extensible Messaging and Presence Protocol, helps to build a real time chat application. XMPP provides an open and decentralized instant messaging services. As the name indicates, it is a highly extendable protocol formerly known as Jabber protocol. To exchange the information, XMPP uses Extensible Markup language (XML) as the base format.

The core XMPP protocol streams XML over the network. That is, any kind of custom functionality can be quickly built over the top layer of a basic open protocol. These open protocols use a chunk of XML nodes. They transfer from one node to another node for all types of data exchange.

XMPP protocol supports the transmission of current data wherein, was referred to as Jabbar due to its extensible and open sourced features. The architecture of XMPP is very much similar to email; so if anyone wants to run their own XMPP server, they can go ahead by enabling the individual and organization to take control over their communication experience.

As XMPP addresses are globally addressable as it facilitates routing processes across the globe. Thus, it allows full-duplex exchange of data and eventually processes the request between globally addressable clients and servers on the network. The applications that are on XMPP include WhatsApp and Gtalk. It makes use of a decentralized architecture.

To be much brief about XMPP architecture,

A simple XMPP architecture, consisting of a server and two clients

In this case, every client acts as the part of a common domain where the servers can also communicate for the purpose of routing between domains. Mostly, these gateways are preferred in terms of translation between foreign messaging domains and protocols.

Transmission Control Protocol (TCP) is an original protocol of XMPP, that uses open ended XML streams using XML messages over long lived TCP connections. Sometimes, there might be restricted firewalls that block the XMPP, wherein, cant serve towards the web application as well as users behind restricted firewalls. As a solution to the entire architecture, XMPP community also contributes towards the HTTP transport.

Whenever the client uses HTTP, the firewall allows the clients to fetch and post messages without any interruption. As a result, whenever XMPP is blocked, a server can listen on to HTTP port normally and passon the traffic without an issue.

This is wherein, an XMPP network with gateways communicated via a Short Message Service (SMS) domain and an SMTP domain. However, they are mostly used in the context to translate between Intant messaging protocols such as XMPP to Internet Relay Chat [IRC]).

As an extensible protocol, XMPP is considered to be the foundation for protocols that provide universal connectivity amongst different endpoint protocols. When it’s about client-to-server session, an XMPP gateway permits the termination by initiating a new session targeting the endpoint protocol including the necessary protocol translation.

Why XMPP is Best protocol for chat applications?

XMPP uses cases can be broadly classified into four major areas, like Instant Messaging, IoT, WebRTC and Social. XMPP protocol is suitable for any communication platform that supports the pub-sub design pattern.

Pub-Sub design pattern describes how the message flows between the devices & applications. Here, the publisher sends data to the subscriber who receives the data through dedicated channels.

These subscribers receive a notification whenever a new message comes through these channels.

XMPP protocol is a great fit for Real-Time Web applications like Live News, Interactive web page, web games and web chat. It provides an inbuilt security with multiple layers. Moreover, here the users need to authenticate both host servers as well as messages to prevent the risk of spoofing. Eventually, it eradicates the fear of spamming. XMPP has two types of encryption,

It works on the two powerful Standards,

When it comes to XMPP, it utilizes a decentralized architecture for instant messaging where the protocol uses the client-server model i.e., the clients are unable to talk to each other directly. Here, it’s the open source protocol ‘Jabber’ that helps the users to connect to many instant messaging protocols specifically non-XMPP systems.

Realtime group chat in XMPP is based upon XEP-0045, i.e., the Multi-User Chat. However, this was designed to replicate an IRC-like chat room, where most of the time the internet connection is not that frequent. Henceforth, this protocol is based on the presence of the connection where you can join the room whenever you feel, and leave once done. More about XMPP in real time group chat,

IoT devices use a variety of communication as well as messaging protocol at many different levels. During the development stage the selection of protocols depends on type, layer, and function that can be performed by device such as XMPP, MQTT, etc.

XMPP helps to build robust, secure, interoperable devices for effective device-device communication. Hence, the internet of things, connect the devices over the internet without any human intervention.
IoT uses a communication protocol that binds or makes a connection to the network. XMPP provides various functionality to use with IoT devices like,

Games that used XMPP protocol are,

Whether you need to build a social networking app or need a group sharing feature, using XMPP is a wise choice. It uses three features that empower real time social projects.

Some the projects that make use of XMPP to enhance their social networking functionality,

WebRTC is a peer to peer protocol where it helps in real-time communication.In general, XMPP is considered to be the most preferred fit when it’s about WebRTC in settings in terms of audio and video pairing with text chat. But since WebRTC is more into p2p communication, it finds multi-user chats to be challenging.

XMPP networks need an encrypted channel for XMPP connections supporting necessary options such as TLS 1.2, TLS 1.1, etc. Although this set of requirements does not have any impact over ubiquitous encryption.This service provides security encryption between the two servers. The client and server can share the information through the secured encrypted channel.

The network availability of two entities can be determined by this protocol. It shows whether other entities are available for communication. It also further gives more detail information like whether the other person is in a meeting and when they will available.To be more precise it provides a multitude of applications that are beyond the traditional IM in message-oriented middleware.

This protocol defines the XMPP profile as the extension for syndicating files between two entities. It provides the modular framework that empowers the exchange of information concerning the transferred files and the negotiation of parameters.One of the current challenges the social networking platforms facing are constant poll upgrading.

VoIP is one among the proven technologies that allows anyone to place phone calls over the internet. It’s the protocol that is a cost effective way to handle a countless number of calls.This VoIP also used in various media sharing types like collaborative editing, whiteboarding or file transfer.

Thus, Identity and authentication services use the XMPP protocol to build a robust model.

XMPP notification services use a productive service model known as payload agnostic. XMPP protocol can be defined as that serves the content without being aware of it.

Some illustrations of this protocol include,

This is a protocol that connects the software to the database. In other words, connects computers and devices to other applications.

XMPP servers help to block certain users from messaging you.To work with this protocol, the administrator mostly needs to perform a set of common service-level tasks such as creating users, disabling accounts, black-listing domains for both in-bound and out-bound communication, etc. in relation to Jabber server.

This protocol refers to a messaging pattern where the senders of messages, calls out publishers to set the program in such a way that the messages should not be sent directly to the specific receivers “subscribers,” instead the published messages can be categorized into classes without the knowledge of the subscribers.As discussed in the first part of this article, XMPP has its own pub-sub model.

19. Effective Synchronization On All Devices

XMPP helps to synchronize the data uniformly across all devices whether if they are online or offline.The main role of data synchronization protocol is to quickly notice the issue or the changes and act accordinging by resolving the conflicts, and propagate updates to various synchronizing devices. Must be careful while designing the mobiles with this protocol as there might be they possibility of constrained over the devices

This feature allows viewing the history in the pubsub node and also synchronize the conversations between multiple clients.Anyhow, there were many researches made to make things easily approachable for client developers depending upon certain scenarios. However,the final implementation shows that the protocol defined therein must support more functionality rather than the typical needs for the scenarios, which is something too significant for implementation.

Wrapping Up
These are some of the tips of the iceberg of XMPP vast application. These readymade XMPP chat platform use cases are dynamic and evolve each day as per the new demand in the market. Other use cases that may be included in the future are calendar integration, document editing, personal media editing and so on. Already many big organizations like Apple, Cisco, Nokia, IBM, Sun successfully implemented XMPP technologies. Get working on these exciting technologies and reap the real benefits.

Sharvin Mohan
View More Posts
This guy is a blogging freak. He craves to blend the finest words to deliver meaningful, informative content in the most engaging way. This dude loves to craft content on tech blogs with a thorough piece of information. When he’s not writing, researching, or editing, you can catch him riding into unknown terrains and scribbling quotes. 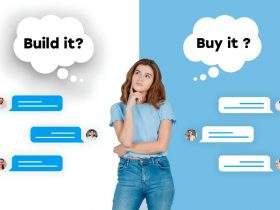 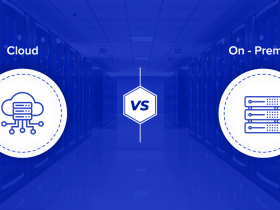 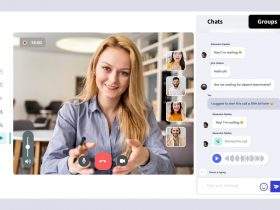 The Virtually Connected Culture: Unleash the power of Video Communication